1968: Bachelor of Arts, Theatre and Communications.

College systems, based on over thirty-eight years of teaching theatre on all educational levels,

and forty-five years as a professional performer.

2006 – Present: Guest Lecturer in Liberal Studies Department, and Instructor in the Theatre

Pacific Conservatory of the Performing Arts at Alan Hancock College

College of the Redwoods, Eureka, California

Amsterdam School of the Arts, The Netherlands

composed of formerly incarcerated men and women. The troupe’s mission is to create

original theatre which examines crime, punishment and redemption. “Inside /// Out” is the

1983 – 1984: Founder and Artistic Director of an issues-oriented, improvisational

company, performing in the masked characters of the Italian Commedia Dell’Arte.

1982: Director of a 12-clown touring circus. (I created this circus with the students

of my Advanced Clowning class at Humboldt State University, who booked and

College of the Redwoods, Eureka California

company of clowns, acrobats, and jugglers that did over 300 shows and gave over

100 workshops at west coast schools and universities including University of 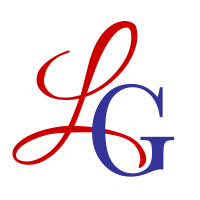